Building positive relationships in pharmacy, or how corrupt 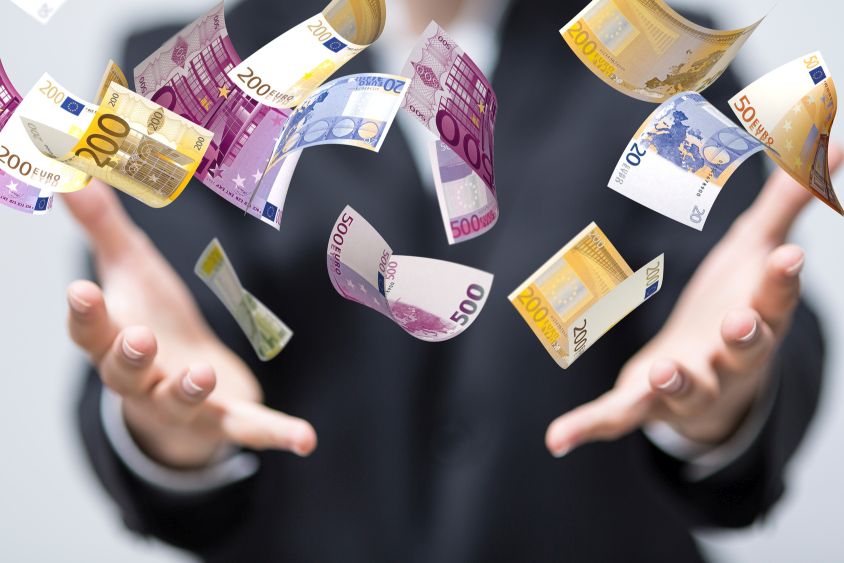 According to forecasts IMS Health the value of the global pharmaceutical market 2018 r. reaches more than 1,3 trillion dollars. Last year Poles spent considerable amount of 9,6 billion on drugs without a prescription. The dynamically developing this sector of the market makes, that companies invest considerable amounts in marketing activities, advertising and education. The target group of these activities are not only customers, but also the medical professions generating supply and demand for pharmaceutical products - doctors and pharmacists.

The potential of the pharmaceutical market in Poland by the fact, that the national tycoon Aflofarm Pharma Poland Last year was the largest marketer on the TV advertising market, ahead of companies such as Procter & Gamble, Nestle whether Orange. Active marketing but do not focus solely on the purely advertising, but building positive relationships with other components of the pharmaceutical market. Hence, many companies are opting for educational activities, charitable and social, seeing this as an opportunity to create a friendly image of the company and its brands. An open secret, however, is, that behind the facade of such actions lies ... corruption.

The paradox, however, is, that also fall victim to corruption medical professions, which strongly fighting for their transparency, publicly speak his aversion to advertising of medicines OTC in the media and pharmaceutical marketing treat as a threat to confidence, which gives these competitions society. Most often corrupt activities take place, however, without the knowledge of their representatives, unintentionally and unconsciously. Corruption in the health sector average zjadaczowi bread associate with a white envelope, Medic prize awarded to her apron pocket. Over the years the nature of corruption has, however, redefined. The stigmatization of bribes to doctors before the media and campaigns to fight corruption made, that patients do not give, and doctors do not derive any financial benefit. Negatively marked by "corruption", henceforth it called a neatly incentive system, Symbolic envelope is today voucher gift items, a ticket to the theater, voucher to stay at the exclusive SPA or discount coupon for sportswear.

This also applies to pharmacy staff. The representative of the pharmaceutical showing the new product portfolio will leave behind a good aura - bringing tasty coffee, lunch or a sweet treat. Since then, skeptical environment MA, will look favorably on a new series of supplements or cosmetics. Obligatory continuous training for pharmacists are also a great field to work for pharmaceutical companies. – Such meetings are a great time, to update their knowledge and meet colleagues from the past. After the lectures, you can always count on a good dinner in the hotel restaurant - Says the pharmacist from southern Polish, not seeing in such activities harm. You can not blame him, because it was the victim of manipulation. Starting with a bag full of leaflets and samples, certificate of participation, which bears the logo of the company-sponsor is convinced of newly acquired knowledge, but a few days later will wonder why exactly this preparation, This particular brand fell into his hands.

Many companies are also to motivate employees of pharmacies in a more transparent. Indeed, they are rewarded for their decisions sales in the form of gift vouchers, branded cosmetics and cinema tickets. And although many of them with care approaches such forms of cooperation, This part of them subconsciously given the atmosphere of competition and the desire to win. Provided such action is not detrimental to the client, when talking about dermocosmetics and medical devices, so much influence on decisions regarding drug sales OTC and supplements can entail certain health consequences.

Building a good relationship between the company and health professionals also takes place through representatives of pharmaceutical and medical goods. They somehow face of the company and their interpersonal skills determine a positive perception in the eyes pharmacist or doctor. Often representatives of companies, however, are moving to action, which may be binding on the pharmacy as a business. Power equipment pharmacy, replenishing office supplies and building good PR relationships with physicians are just a few steps, in return for which the company expects loyalty and support.

Pharmacist valid entries Code of Ethics Apothecary and a number of laws and regulations governing its work. Marketing activities stand so somehow contrary to the interests of his profession. Most pharmacists, however, directed at his job in the first place evidence-based medicine (Evidence-Based-Medicine), not a marketing message. But it is hard to deny the dualism, which is characterized by a therapeutic agent - because it has social value and material. The material aspect which is good medicine or dietary supplement makes, he is subject to prawidłom the capitalist system and the free market, with the whole range of its advantages and shortcomings.