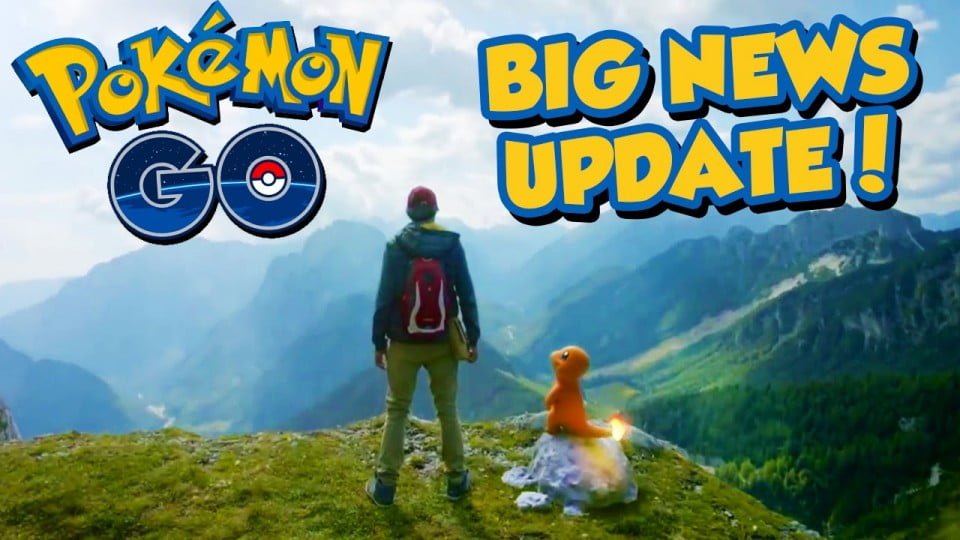 Adults people running around the parks and looking for virtual creatures, Collisions on the highway due to the advent of the rarity, people knocking at foreign housing and entering the foreign gardens because, that led them there game.We have no doubt – Pokemony again, as early 2000, conquered the world.

Pokemon GO is a game of Niantic Project, which was established on the basis of the project Ingress. Ingress was more of a niche game, also created technology WITH ("augmented reality" – augmented reality), which consisted of finding and taking over virtual portals. Has not achieved such success, however,, as more commercial version of the well-known and loved by all Pokemonów.

Game, as everything is based on the memories and sentiments, It was a great success – people spend an average of 43 minutes a day in applications – which is more than Whatsappie i Instagram . Apka already ahead of the game hits Candy Crush Saga in terms of the number of daily users. 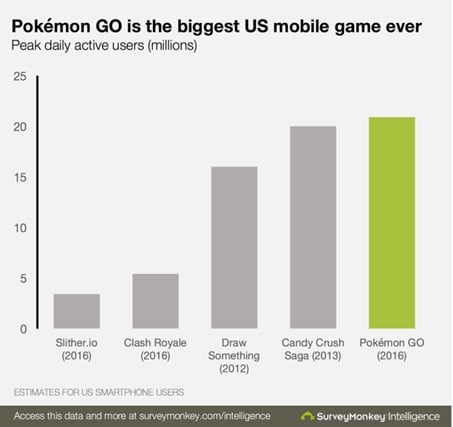 The main target group was to be a trap generation Y, also known as Millenialsami, ie those persons, which, Pokemonach to "brought up" – yet Pokemon Go is nothing like Tazosy, only in a better release. The game fell but also to taste and older and younger, who were not at pokemonowymi geeks age 10 years, but now they can recite its contents flying colors Pokedexa.

It turns out, that Pokemon GO It can be used in sensational destination marketing and promoting local business.

How to use the application, to attract customers to the store, shopping mall or restaurant?

2. Pokestopy i Gymy
Pokestopy this place, in which you can acquire valuable Items – these are usually known buildings, major intersection, monuments and popular meeting places. How to use Pokestopa to increase footfallu in your store or mall, or to attract customers to the restaurant? Most Pokestopów appeared in, where previously there were portals Ingress. Currently, there is no possibility of filing a new Pokestopa, But game maker plans to launch an affiliate program, which is likely to enable the start of PokeStopa at your business. You can use it for PokeStopa located in the vicinity of your facility – If half a kilometer from your store is PokeStop, it can be a place to leave promotional materials – flyers or coupons to encourage to come to the shop. If, for example PokeStop is in a park or a large open area, You can think about starting in this place or foodtrucka – if we have such. clothes shop – organizing sales in the outdoors. 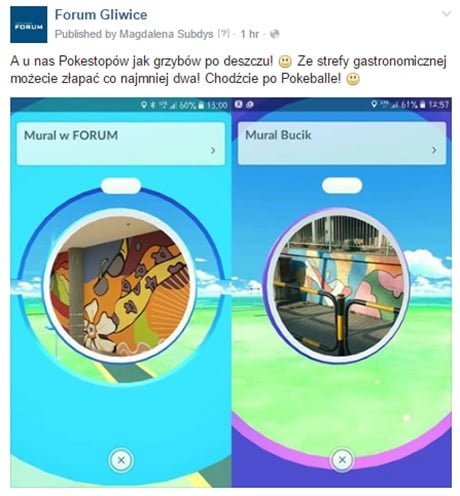 3. Lure Module
The application has the option of Pokemon GO, the so-called. Lure Module, that after running for half an hour draws in a specific place new Pokemon. You can run a short distance from PokeStopa and is visible to all users in the area as a pink speck on the map. This may attract a specific place, even hundreds of people in constant pursuit of Pokémon. Lure costs 100 Pokecoins, that is only 0,99 EUR, and the return on this investment can be very high! 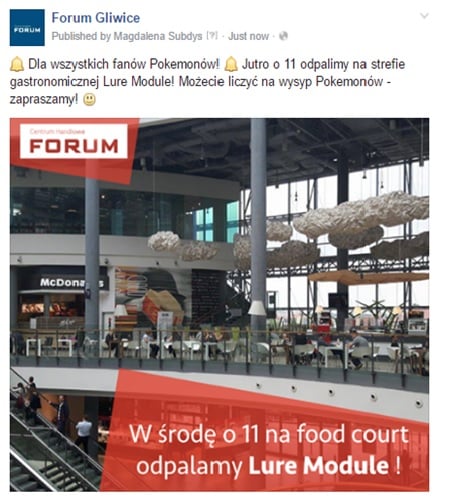 4. Advertising in Pokemon GO
It is said about it, the game maker is already planning the first collaborations with brands. rumor, that soon all McDonald's restaurants turn into Pokestopy. It is not known yet, however,, what will be the costs of such cooperation, and whether such action would be feasible for smaller, local brands.

5. Real time marketing
If you do not have Pokestopa nearby, you do not need to attract customers to any particular place, you can always use a wave of Pokémon to real time marketing and use the theme in the memes. Volatile topic generates interactions, and generate the interaction ranges. Potentially, if a user sees your Facebook posts about the popular Pokémon, It is also of interest to other content on your fanpage. 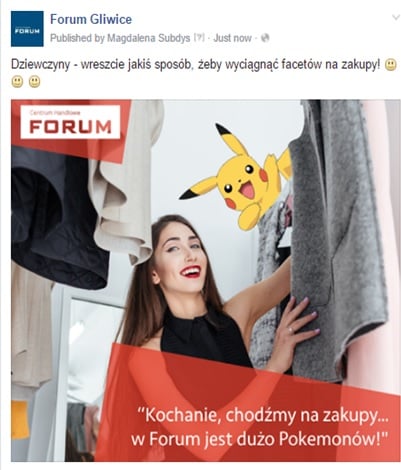 6. Social Action
Pokemon GO also has potential in terms of social equity. An example might be a shelter for dogs, that encourages walking dogs for walks. During this walk you can "hatch egg" (hatch an egg). Perhaps such advertisements are used in the treatment of obesity and promoting a healthy lifestyle. The potential is huge.

7. Wi-Fi support marketing
Players Pokemon GO extremely eager to use Wi-Fi. Sharing wireless network for clients is for them not only a convenience - in the case of Pokemon GO battery life in smartphones players is considerably rolled back. This is because the simultaneous use of the Internet LTE and GPS. By connecting to Wi-Fi, both of these features are unnecessary, and in addition the consumption data does not constitute a problem for longer. With the right services Wi-Fi marketing (link: www.socialwifi.com), it is possible to identify the Wi-Fi users, allowing you to maintain contact with them in the form of e-mails, private messages, whether automated sourcing reviews.

8. The use of modern infrastructure
As already mentioned,, battery life for Pokemon GO is extremely problematic – You can stop players on longer close their businesses by providing them with adequate infrastructure. A perfect combination of Internet access and access to power can be eg. smart benches, or “smart benches”. They are often fitted with a solar panel, which allows them to collect the energy of sunlight, and allows users to connect the phone to the charger. Manufacturers of such benches (Poland - SEEDiA link: http://seedia.city/) they also supply modules Wi-Fi marketing, which in the most efficient manner can simultaneously attract players and their identification.