The campaign "Let me help," an opportunity for pharmacists 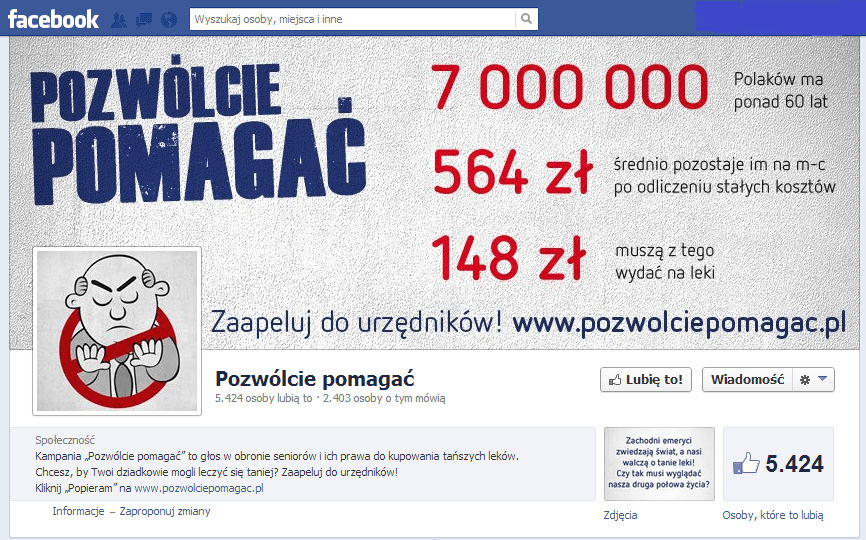 Prohibit the advertising of pharmacies, effective from January 2012 year as part of the new pharmaceutical law, from the very beginning is controversial and protests. Strict laws constantly can be felt both pharmacists, and customers. On the Internet, another voice rang opposition: campaign "Let us help", which can be an opportunity for change.
The 2010 year has been initiated Program 60+, the aim of which is to lower the price of medicines for people over 60 years. Within three years it has supported about. 2000 pharmacies (more than 1400 small pharmacies and 20 pharmacy chains). During this time, seniors managed to save up 150 million. However, the high fines, that would require pharmacists new law, become effectively locked to the further development of. The 2012 i 2013 year, several pharmacies were punished for their participation in the program, and dozens completely withdrew from it. Currently, more than 70% Poles over 60 years of age overpay for drugs. "Let us help"This opposition to Article 94a, which allows pharmacies to punish officials for their participation in the Program 60+, This campaign for access to cheaper drugs for seniors. 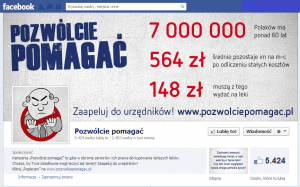 The organizer of the campaign "Let us help"Is the company ePRUF S.A., Managing private drug reimbursement systems, initiator of the 60+. The company operates within the group Pelion Healthcare Group. The campaign was created website www.pozwolciepomagac.pl, through which anyone can send an appeal to the Pharmaceutical Inspectorate. From the start the campaign, that is, from the beginning of June 2013 year, with longer use of this option 20820 Internet users. That's a pretty impressive number. Organizers also carry out activities on social networking sites: to Twitter i Facebook. To Facebook won over 5 thousands of fans. On both channels of communication, as well as run a blog on the website www.pozwolciepomagac.pl can be seen very active users. Many of them expressed their outrage at the new law and strongly supports the action commenting, lajkując and adding new posts, articles and memes. Campaign partners are organizations that support efforts to seniors, m.in. Foundation 60+, Polish Association of Medical Carers i Polish Diabetes Association. Media partners of the campaign took service Helping Hands and letters Magazine 60+ i Without Recipes. 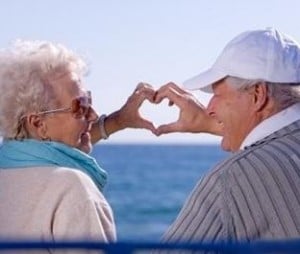 While the main goal of the campaign is to help seniors, the Act received the right to information about the prices of medicines and their cheaper substitutes, It is not possible to hide, that this is also a good chance for pharmacists. If the campaign is successful, a restrictive law is modified, pharmacy owners will be able to once again participate in the Program 60 +, thus winning more customers. Clarification of the provision in Article 94a, which does not say precisely what is advertising and what is not, also do not allow them to expose themselves to unnecessary penalties. The initiators of the campaign call, to all, which the new law, involved in the joint action. For now, officials are silent, so far, the organizers have not received any response from them.