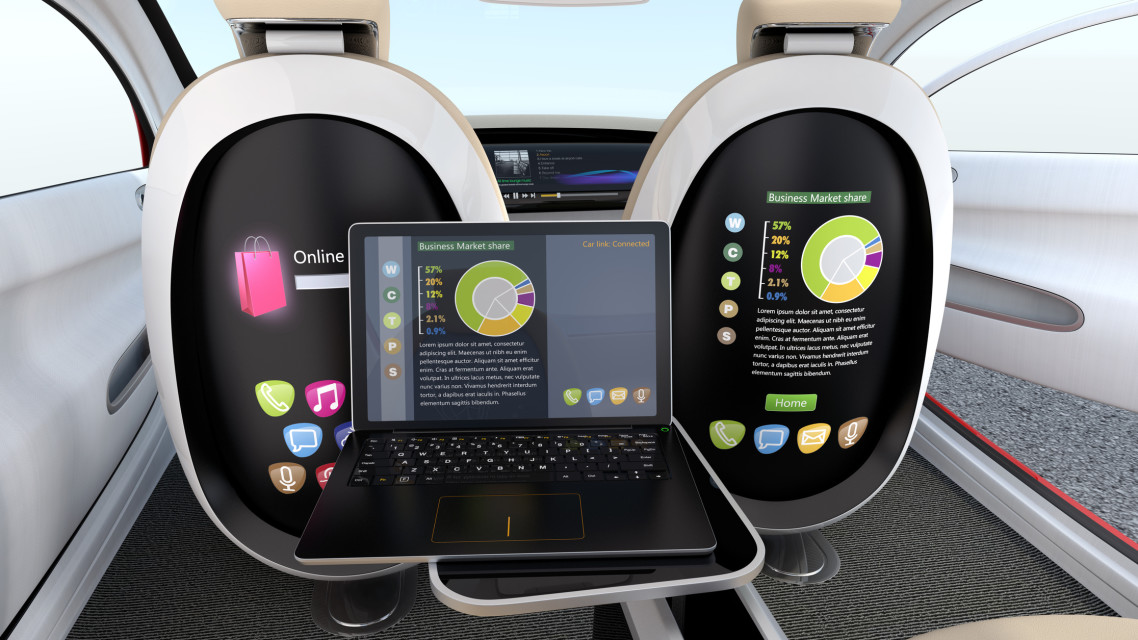 Artificial intelligence is close, enter, and actually enters into our garden. Before, however, welcome the twit, must overcome the bumps are legal. Behind the finish line is the entrance to the world of consumer.
One of the achievements of the so-called. Western civilization the automotive. Horsepower had managed to carry real horses to the stables, and the Polish realities car is always a sign of prestige and material status. And if so give the steering wheel in the hands of artificial intelligence? not a bad idea, so you can point out many advantages of such a solution: driving safety, cars that communicate with each other and adapting the driving mode to road conditions. Story! So beautiful, that is working on it 30 firm.

A measure of the attractiveness of innovation

About that, if the idea has the potential evidenced by the number of competitors, willing to copy his. The idea of ​​autonomous cars resulted Google, and they followed in his footsteps followers - all brands Automotive, Tesla and Apple. We are at a turning point, where prototypes of autonomous cars and trucks are already in the road. The projects are developing dynamically and about 2020 r. We are waiting for us rash premier market. Volunteers will be many, and innovation is likely to change our world beyond recognition.

Autonomous cars namieszają not only in the automotive industry
If we think of the fairytale world of autonomous cars, This should be a safer world. McKinsey estimates, that cars without drivers bring 90% decrease of road accidents in the US. Prices will drop policies, because the accident risk will be much lower. Fewer accidents in turn less work for mechanics. Their work will also change, because cars are more dependent on software and control systems. In the optimistic scenario we get more of the same diagnostic options and we will know when the car might break down. Cars of the future will be gently operated, so replacement parts will be less, than now.
In general, owning a car may not be necessary. We order a cheap taxi, which will take us to work and back. In the meantime, antonymic car will perform other courses and earned for himself. Coming autonomous car will not focus on the road. It will be an opportunity to take care of their own affairs: watch TV, speak, play, buy online or sleep.
We move away from cars with petrol engines for power supply, although it will take a lot of time creating a network of energy supplement. Disappears need to keep domestic garages and parking, these will zaadoptowywać for new purposes.

The technology takes jobs
I see a lot of risks associated with the use of AI in the automotive industry. No technology receives more jobs in the name of economic efficiency growth, than autonomous cars!
Recently, autonomous convoy of trucks crossed Europe and reached Rotterdam. Of course, the car rode under control drivers. The column went on the highway, not a busy local road.
In the future, the demand for truck drivers, taxis, Bus drops to zero. Their place will be artificial intelligence, managing fleets. The route and fuel consumption will be continuously optimized in order to reduce operating costs. Already, independent truck wagon iron ore mines in Australia. This news will also be used by corporations Taxi. Uber can hire a whole fleet of autonomous vehicles.
The savings from the implementation of solutions based on AI are huge! Fall off the cost of hiring drivers, Autonomous cars can theoretically work without rest Reduced cost of transport may in turn translate into lower prices of transported goods. In the end, the customer will pay for everything, only in this case slightly less.
assuming, that the technology will be mature enough, that has been widely implemented, we calculate the cost of side effects:
– professional drivers will lose their jobs,
– petrol stations, parking and hotels for the drivers will be fighting for survival.
But before that happens, We are waiting for us to create motion control systems for autonomous vehicles. Such initiatives, however, have to gain government support.

How can new technologies to create new jobs?
In the long term goal of digitization is to increase productivity at the macroeconomic level. Automation does not kill all professions, although some professions are no longer needed. There is nothing new. Just type in Google the phrase "occupations where there is no", to make sure that the changes. How to retrain professional drivers? Do not become yet they are specialists in programming, automation, robotics. These types of questions will benefit from time in a few years.
We are currently at the stage of transition, where technological innovations are still in the testing phase and some live to see the commercialization. Smart glasses support the work of the DHL warehouse. They show them, where a parcel is located, resulting in 25% increase productivity. This innovation can also help automotive mechanics, showing them the example. for which screw to unscrew the first. Robots will support the work of couriers for the delivery of heavy packages. I like it!